No, I'm not referring to the unfortunate Constance Wilde. (Oh, how cruel!)

I am referring to the the bountiful facial hair that once graced the faces of literary men. Sadly, a beard does not seem to be a indicator of literary merit any longer, a situation that I feel needs rectifying.

At the Guardian's book blogs, blogger Shirley Dent raised the question of whether Dickens's Our Mutual Friend or Tolstoy's War and Peace is a "better" novel. This is obviously a stupid question, so a poster called bitterdrinker raised the far more important issue of the respective authors' beards, which is exactly what crossed my mind when I saw the images of the both authors that top the post. So I am encouraging this discussion.

After the jump, some notable literary beards!

Thomas Carlyle, Scottish Essayist and Novelist, 1795-1881
There is a restraint in Thomas Carlyle's beard that belies his great literary inventiveness and experimentation, as in works like Sartor Resartus. 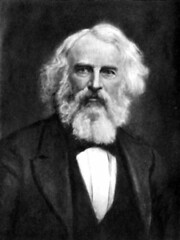 Henry Wadsworth Longfellow, American Poet, 1807-1882
The flowing locks and beard are fitting for this American poet, whose poems about nature and moral issues are written with a simplicity that had wide appeal. 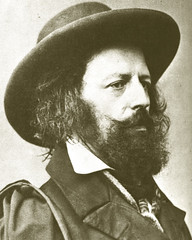 Alfred, Lord Tennyson, English Poet, 1809-1892
Most great literary beards only truly achieved greatness in their wearer's later years, but the beard of England's most celebrated poet emerged relatively early in the poet's life. Tennyson matches his beard with an upturned mustache, a hint at a jauntiness not often found in his poetry. 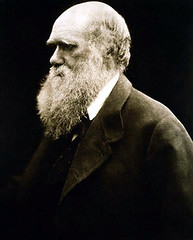 Charles Darwin, English Naturalist and Author, 1809-1882
Charles Darwin wrote two of the most influential books of the Modern age, The Origin of the Species and The Descent of Man. Such a man deserves a bountiful beard, and Nature supplied him with one. 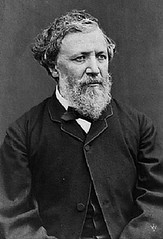 Robert Browning, English Poet, 1812-1889
The pointed tip of Browning's beard hint at the tone of his dramatic monologue poems, whose speakers were often deranged or just strange. The touch of wildness in the otherwise well-groomed beard reminds one, as does Browning's poem "Caliban Upon Setebos," that the natural state of humanity is always within us. 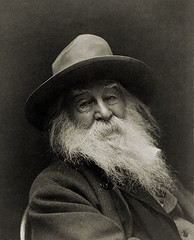 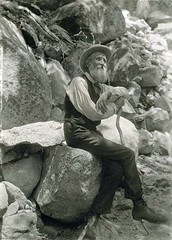 John Muir, American conservationist and essayist, 1838-1914
John Muir's writing celebrates the natural beauty of California. He is the quintessential American outdoorsman, lean and wiry with an innate connection to the landscape, and his beard reflects that. 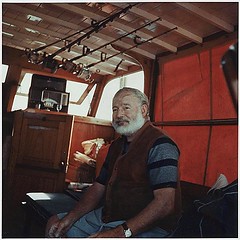 Ernest Hemingway, 1899-1961, American author
Ernest Hemingway's beard is perhaps the last of the great literary beards, and for that it must be respected.
Tags: literature
Subscribe